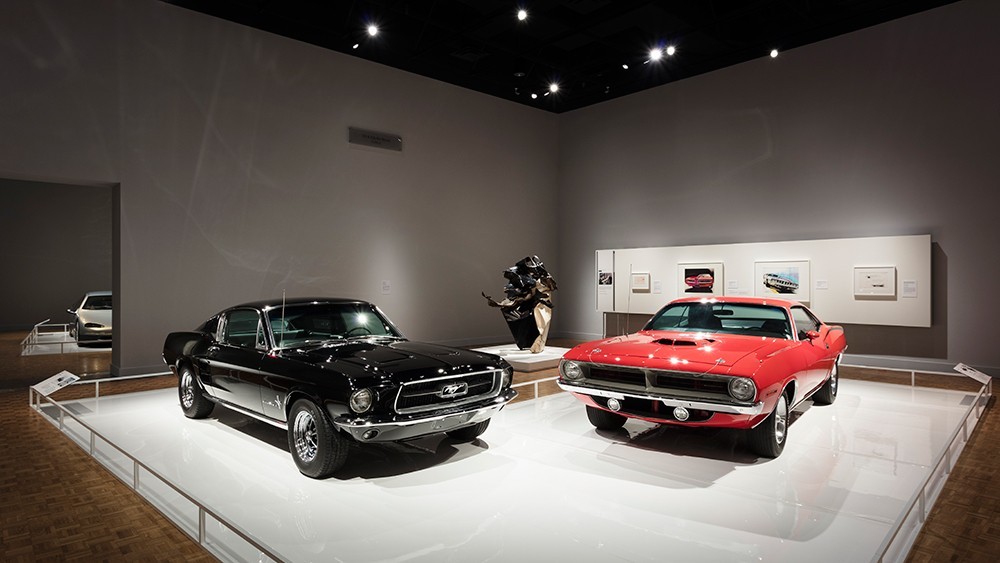 Most high-end auctions are celebrations of the total automotive lifestyle. Some of the top auto auction houses include Manheim, Adesa, Copart, IAAI, Mecum, RM Sotheby’s and Barret-Jackson. At these auction houses, you’ll not only see amazing vehicles but also get to network with other enthusiasts. Most people at auctions are endeared towards classic, collector and exotic cars. It’s a common passion for these car enthusiasts to bid on unique, antique, rare, and other luxury cars. Here’s a list of the most expensive cars sold at auction houses.

The 300 SLR boasts one of the most expensive cars ever sold at auction houses. Considering how long the car had spent in the Mercedes Museum in Stuttgart, Germany, its sale was somewhat surprising. The Mercedes SLR was one of the prototypes designed for the canceled ‘works racing program.’ However, it ended up being used as a company car by Rudolf Uhlenhaut, the racing department’s chief engineer.

For years, collectors have debated the possibility of the sale of this car. This is one of the reasons why its value went above the roof. RM Sotheby sold the car for a price of $142 000,000 in a private auction. According to RM Sotheby, the car has always been regarded as one of the great jewels of motoring history.

The Ferrari  250 GTO won the crown of “Most expensive car sold at Auction for four years.” Amazingly, it was sold by RM Sotheby’s as well. Ferrari 250 GTO with Chassis numbers 3413 GT was the third 250 GTO to ever leave the Maranello production line.

The brand is believed to still have 36 examples in existence to date. The 250 GTO sold at $48. 4 million, which is double the price of its twin car that initially stood as the highest. The car sold at America’s biggest motor meets the Monterey car week.

The Ferrari 250 GTO certainly has a thing for first positions. The car was built to contest the 1963 FIA World GT Championship. The vehicle did not stop at competing; it won the championship that year.

Like its successor, the Ferrari 250 GTO occupied the position of most expensive car for four years. This car is considered the most-raced and best-known 250 GTOs of all time.

After 49 years of being kept in a family’s ownership, it was offered up for sale. The car sold at $38 115 000 at the Bonhams Quail Lodge Auction. A private buyer purchased it after half a century.

We have yet another Ferrari on the list of most expensive cars sold at Auctions. The 1967 Ferrari 335 Sport Scaglietti was assumed to have won the crown of first place when it was sold. Like most wins, the Auction house, Artcurial Retromobile, had started a new hashtag to spread the word.

Unfortunately, this claim was dismissed when the price was converted to dollars. Many argue that the 335 Sport Scaglietti was denied its rightful place because of the state of the conversion rates. However, the stunning look of the car got all the attention.

The car sold at £32 million, set records at Le Mans, and competed in the Mille Miglia Rally.

We would be taking a quick break from the World of Ferraris and plunging right into Mercedes. The 1954 Mercedes Benz W106 stole the show at the 2013 Goodwood Festival of speed. This is not so surprising considering the fact that the car was raced by Manuel Fangio.

No doubt, RM Sotheby’s certainly has an eye for excellent vehicles. The 1956 Ferrari 290 MM with chassis 0626 was built for the formula one racing legend Juan Manuel Fangio. Unfortunately, the car came 4th. However, that cannot be considered a loss because its 458-sister car took the win.

In its nine years of being on track, the record has it that the sports legend never crashed. That can be considered a great feat, most especially as a result of the fact that only four of these specifications were created.

In the 1968 Film, The Thomas Crown affair had a hand in putting the 1967 Ferrari in the limelight. With stars like Steve McQueen in the picture, the car became the dream car of most people.

The car was sold at RM Sotheby’s Monterey sale in California. Although, out of several bidders, Canadian Fashion entrepreneur and Aston Martin formula one team Boss Lawrence stroll came top on the list. In exchange for $27.5 million, the ownership of the car changed hands, and the deal was sealed.

One not-so-popular fact about this car is that it is one out of the ten of the NART Spider that was ever made.

Coachbuilding specialist Scaglietti decided to tease car lovers by making only three cars with this specification. While the first is out in public, the other two are so dear to the private collectors who own them.

As such, there is no hope of them being in public anytime soon. Hence, it explains why many people were interested in the Auction in 2013.

Amazingly, the 275 GTB/C is the first Ferrari to feature independent rear suspension. That certainly is a plausible feat by the brand. In 2014, the car was sold at the RM Sotheby’s Monterey sale for $26.4 million.

Some cars go extinct after a while, while some others become the foundation for other products. The 1956 Aston Martin DBR1 is rated as the most important Aston Martin ever produced. This is not because of its fantastic racing achievements. Instead, it earned the accolade because it became the blueprint for Aston’s DB series of cars.

Aston Martin DBR1 was created so it could be raced at Le Mans. To its record of superb performance, it won the 1959 1000 KM of Nürburgring. Like its predecessor, Aston Martin was also graced by Sir Stirling Moss.

In August, the Auction of the Aston Martin DBR drew a crowd at the RM Sotheby’s Monterey sale. It was sold at a whooping sum of £17.6 Million, which was the most expensive sale of a British-built car at Auction.

With the number of racing stars that have ridden this 1956 Ferrari, it is a star in its own right. The car has hosted motor racing stars like Sir Stirling Moss and the five-time formula one Champion, Juan Manuel Fangio.

The Ferrari 290 MM was borne to compete in the Car Championship and the Mille Miglia. Hence, it explains where the name “MM” was derived. In 1956, it scored a podium finish at the iconic Italian event. Additionally, it was featured by Juan Manuel Fangio in the Swedish Prix of 1956

Ferrari lovers will certainly have a good time blushing through the list above. With the Ferrari popping up repeatedly, it might be difficult not to fall in love with the brand. Out of a list of 10 most expensive cars sold at Auction, The Ferrari brand tops the list with seven cars, while Mercedes follows closely at its heels with two others.

These cars are often loved because they appreciate in value. However, the vehicle and its value could be lost at one glance.

When transporting these cars to and from the auction houses, it is important to pay attention to details. You need to settle the issue of who would move them and how they will be moved. Furthermore, it would help if you ascertained the credibility of whoever would have them for you.

These questions could be difficult to answer considering the various challenges the auto transport industry has been experiencing. The shortage of truck drivers could also be a challenge especially when transporting these cars cross country.

Do you need to coordinate a pick up or delivery to an auto auction? Metti International is your trusted and reliable car shipping broker. After you’ve won the car auction and paid for your vehicle lot, you will need to contact an auto transport company to help move your new purchase. If you are working directly with a carrier, you will be limited to driver count, pickup availability and transit times. However, you can work with an auto broker like Metti International can help you find carriers who can pick up your newly purchased vehicle in the time frame that you need.

At Metti International we provide excellent customer service. We have an A+ rating and excellent customer reviews. To ensure prompt delivery of your vehicle, we only use carriers with 95% or higher service ratings. This stamps out the possibility of any dent or car damage. Our track record of excellence earned us the BBB Torch Award for Ethics thrice. If you intend to ship your car from the Auto Auction houses in any of these 18 counties in the US, Metti International is your top choice for your car shipping needs!