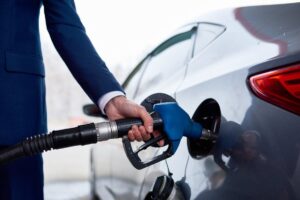 In a recent update by Norway’s government, the country will be relieving electric vehicles of its special status. The reason for this latest development is the running out of gas-guzzling cars to tax. Talking about sales of electric cars like the Tesla models, Norway is in a class of its own.

In September, all battery-powered EVs sold in the country accounted for 77.5% of the total sales of new cars. This is a very remarkable contrast to car sales in big countries that drown Norway’s population 20 times and over. In the UK, 15% of all cars sales recorded in October were electric. The figures are even lower in the U.S., with only 2.6% sales of electric cars registered in October.

In the history of car sales in Norway, the trend has not always been like this. In fact, when the Norwegian government first abolished import tax for EVs in 1990, there were little or no electric cars to buy to make the implementation seem of much effect. Two centuries later, Norway witnessed the first significant advertorial promotions for EV cars. At the time, the cost price of purchasing EVs only a little higher than that of fossil fuel cars. As a result, the population embraced electric vehicles rapidly since there was no tax to pay on these vehicles.

The embrace of EV cars can be highlighted as an eco-friendly success. Despite this, the Norwegian government did not project the results they have now. Recently, the center-right coalition government revealed that the popularity of EVs in the country might be ripping the country of annual revenue up to about 19.2 billion Norwegian Krone.

To rectify the huge loss on the government, officials are willing to remove all special status placed on EV cars and enforce taxation for every purchase. The taxation will include Norway’s best selling EVs like the Tesla Model 3-2,218, Audi e-tron -672, and the Nissan LEAF – 410.

There have been several reactions to this update. Still, Norway’s environmentalists maintain they are not against taxation for EVs. Their stance on the taxation for EVs are as long as taxes on the gas-guzzling cars are also high. Before now, the government removed al taxations from EV cars, including Value Added Tax and Purchase Tax. The only taxes effective on vehicles were for gas-guzzling carsthat did not meet minimum federal fuel efficiency standards.

But, when these taxes were implemented in 1991, they did not apply to vehicles like minivans, trucks, and SUVs. This was because, they were rarely known then. In the nearest future, taxes on cars will be more inclusive. Although, there is still much uncertainty about what taxes will be reintroduced for EVs. The fiercest debates are on the negative drawbacks to the 2025 goal of selling no new cars with combustion engines.

It is the government’s hope that the placement of tax will improve sales of gas-guzzling cars. Nevertheless, the government is keen on generating revenue from the hundreds of EV cars purchased daily by Norway citizens. Although, the price difference between vehicles like the VW e-Golf and its gas combustion engine equivalent is only a couple of thousand dollars. Yet, it will be the Norwegian’s choice to decide if they will explore more gas guzzling cars or stick to their affection for electric vehicles.